For this edition of Behind the Brand we get Dario Hudon-Verrelli of Octopus and Son to walk us through his perception of the ELEVATE logo design process.

Octopus + Son is a multi-disciplinary agency of digital marketers, social media specialists, designers and content creators focused on creating engagement-driven marketing. In other words, they cultivate audiences that advocate for your brand. 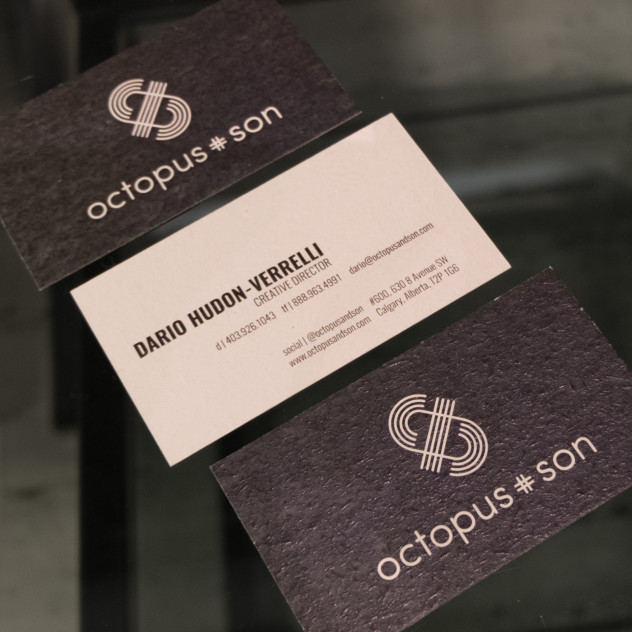 There are just as many reasons not rebrand as there are to do so.

Moving away from a tried and true identity could potentially confuse clients and shift perception, however, some PR manoeuvres dictate the need for a change, but in the end, the decision can stir great emotion and excitement.

For us at Octopus & Son, we came to the decision that it was time for a rebrand, something that would help define the direction we were heading in, and more importantly, the space we wanted to occupy.

Our client base was growing and we began working with several large events, placing us in a position to take on sponsorship roles, so it was time to shed the orange and take on something a little more classic.

So let’s go behind the brand and see how the inspiration came about.

Inspired by the simple line designs from Logo Modernism, we spoke with Corey at ELEVATE, whose portfolio embodied these objectives. An important aspect of our redesign was to not partake in its development, we did not want to meddle, instead, we wanted to relinquish control. Therefore, we only provided them with our story so far, what era of design we felt influenced by, and an image (the light fixtures at Last Best Brewing in Calgary, Alberta).

The Concept Behind The Shape

You probably garnered some idea of what the logo represents, however, here’s how it was perceived by ELEVATE:

After All Was Said And Done

We remember seeing the email from ELEVATE in our inbox. Octopus Logo. What a feeling! Our new identity sat there waiting for us to uncover it, to adopt it.

So there it is, the process of how Octopus & Son got our amazing logo. We couldn’t be happier with the result!

The Octopus + Son brand was nominated for a Redgee award in 2016!

Listen to our new Podcast, Start Now. Our first guest is Dario Hudon from Octopus & Son!